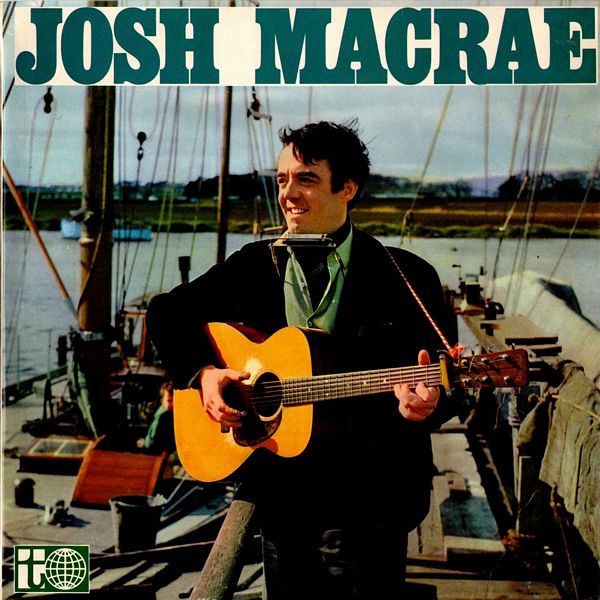 T For Texas — I learned this first from Rambling Jack Elliott and I've sung it just about everywhere I go.

Talking Union Blues — A classic and one of the many things for which we are indebted to Pete Seeger.

The Whisky Seller — This one I just learned from Tom Paley of the New Lost City Ramblers and it's a bit of hypocrisy on my part because I like whisky.

The Klan — I learned this from Maurice Frankel who wrote the melody. It is now a folk club standard in any programme that relates to protest.

I Loved A Lass — A traditional Scottish ballad which I learned from Archie Fisher.

The Ballad Of Lee Oswald — It expresses the doubt all the people have about who actually killed Kennedy. I think this doubt should be expressed.

Dobie Bill — Some years ago I had the great privilege of meeting and singing with Cisco Houston from whom I learned this song which he made as a memento of his days in cowboy films.

The Castlereagh — Written I believe by Banjo Patterson. At least Hamish Imlach tells me this, so if I am wrong get in touch with him. He's bigger than me anyway.

Wild Flying Dove — One of the most beautiful songs by Tom Paxton.

One Day Old — This was just a lyric in a book by John Greenway until Archie Fisher put the melody to it. The whole thing is now self explanatory.

Girl From The North Country — This, to my mind, is one of the best Bob Dylan songs I've heard. It's simple and true.

Talking Atomic Blues — Is also known as "Old Man Atom". This is a song I've known and sung for several years, having originally learned it from the record by Guy Carawan.