It's a long time since Johnny first went for a soldier … but the formula was always the same. It's an old, old story. He's working hard at his job, he's got a girl, or possibly a wife and two kids with another one on the way, and he's wondering whether he can persuade the boss to raise his wages, when one day he gets his call-up papers and … wham! that's the end of his plans.

The next thing his girl is seeing him off and promising to wait until the seas run dry, or his wife's telling him to look after himself and not to forget to change into his winter underwear when the cold weather comes. Soon a brass-voiced sergeant is making him wish he'd never been born.

In between the killings and the sacking of cities, he writes letters, he drills, cleans his equipment, yawns and wonders how long it'll be before it's over. From time to time an old regular army man claps him on the back and says, "Cheer up, swaddy, the first ten years is the worst".

And it drags on. He gets sore feet or loses two toes from frostbite. The wound he gets leaves him with a permanent limp so they make him a cook-corporal. Sometimes they call him a hero and remember his name, but most of the time he's just a number in an army paybook.

He has a password which describes this new life that he finds himself living "Deadly" I Everything's deadly and rules are everywhere … bags of rules about everything … everything that is except grousing. So he grouses about the uniform which doesn't fit, about the rifle which weighs a ton, about his billet, his equipment, his lack of leave and about the grub, and most of the grouses he sets to music! 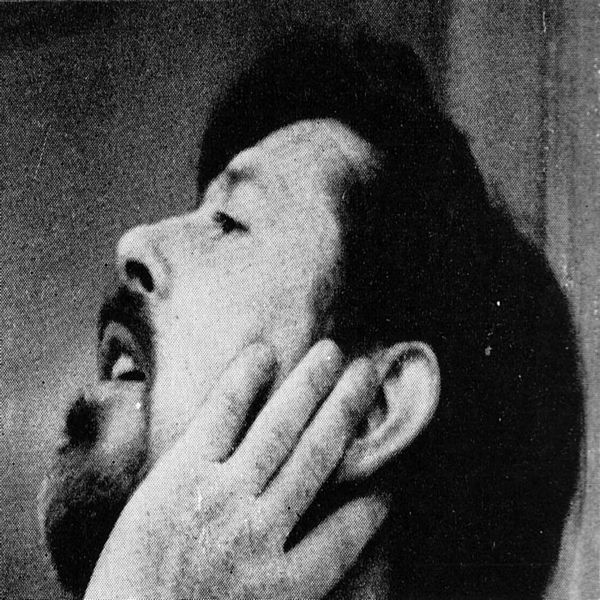 The soldier's songs, like his conversations, tend to be ribald, bawdy, cynical, except when he sings about home or about the death of a comrade, and then he is frankly sentimental. There are few of his songs, however, which could be called patriotic; he leaves the making of such songs to the Tin-Pan Alley merchants who get paid for it. The regimental sergeant-major's nose is far more likely to become the subject for a soldier's song than the outcome of this or that military campaign. The soldier, trained in the technique of destruction, instinctively distrusts the 'line-shooting', the sonorous phrases and the noble sentiments manufactured by the professional whippers-up of patriotic fervour. The villains of the soldiers' songs are not the military enemy but the army itself and those who appear to run it.

Through the songs, the army private cocks a cynical snoot at regulations, raises a loud horse-laugh against the 'bulsh' and spit-and-polish of army procedure, and gives a loud and prolonged raspberry to all those who are superior in rank.

In the British Army, there are few soldiers' love songs and those that exist are highly artificial, strangely Victorian in feeling. On the other hand there are scores of ballads in which larger-than-life heroines of incredible sexual virtuosity do battle with and vanquish Gargantuan heroes from the Pioneer Corps. These fantasy songs are probably the most wide-spread and certainly the most popular items in the singing soldiers' repertoire. For obvious reasons, it is impossible to include any of them in this album.

Fears have been expressed that the extreme mechanisation of the army and the availability of 'canned music' might easily write finish, to the soldiers' songs. The fears, however, appear to be groundless; recent years have not only produced a bumper crop of new soldiers' songs, but old favourites such as McKaffery and The Trooper Cut Down in his Prime have been given a new lease of life.

All the songs in this album are still current in the British army. Some of them have been published in Hamish Henderson's Ballads of World War II and in The Airman's Song Book. The rest are from oral sources.

ANY COMPLAINTS?
Food is a permanent subject for army songs and the period which followed the capitulation of France in 1940 gave rise to a bumper crop of such songs in the British Army. The refrain refers to the practice of having an orderly officer visit each company at mess for the purpose of taking complaints about the quality of the food. Needless to say, the practice is the subject of much ribaldry from the ranks. I learned this version from Barney Hand of Belfast, Ireland. THE FORTRESS SONG Only one of many versions of the original Flying Fortress Song. The aircraft concerned was engaged in general reconnaissance and not high level bombing.

FAREWELL TO SICILY
A noble pipe tune, Farewell to the Creeks, supplied the melody for this fine song of the Sicilian campaign in the Second World War. The text is by Hamish Henderson and is from his Ballads of World War II.

THE BALLAD OF WADI MAKTILLA
(From Hamish Henderson's Ballads of World War II). This describes a somewhat abortive raid by the 2nd Cameron Highlanders on an Italian outpost about twelve miles east of Sidi Barrani in 1940. The tune is that of Villihins and his Dinah, which has frequently been borrowed by ballad makers in every part of the English-speaking world.

THE DYING SOLDIER
The melody of the Red River Valley has been popular with British troops for the last twenty years and many songs have been written to it. Most of them are very sentimental and, like The Dying Soldier, follow the general pattern of The Unfortunate Hake. This version is from the singing of Mike Prendergast of Doncaster.

THE GHOST ARMY OF KOREA
This song was common in the Gloucester Regiment in Korea. According to Edgar Turner of Chadwell Heath, Essex, from whom I learned it, handwritten copies of it were widely circulated and appeared from time to time pinned up on the walls of the NAAFI.

BROWNED OFF
I wrote this song early in 1940, and it swept the British Army like wildfire. After it had raised the roof at a combined services concert given to an audience of 4,000 troops in Catterick, Yorkshire, the North-Western Army Command initiated a song-writing competition with the avowed intention of super-ceding the song's popularity. This result was not achieved, however, and the song continued to be popular throughout the war and after. There are, at the present time, many different texts of the song, some of them extremely bawdy.

WHEN THIS RUDDY WAR IS OVER
Popular in all the fighting services. This Royal Flying Corps version dates from World War I.

JOIN THE BRITISH ARMY
A barrack-room favourite since Victorian days, this is also a children's street ditty in Dublin, Belfast and Glasgow. I learned the version from my father, with additional verses from Brendan Behan of Dublin. ON THE MOVE TONIGHT This air force song from World War II originated in the Middle East and is typical of the kind of songs popular with overseas troops. Its theme 'Blighty Boat' (the boat home) is a basic one with all men serving overseas.

THE SECOND FRONT SONG
By 1944 a good deal of hostility had arisen between British troops and American soldiers based in the British Isles. A good deal of this was the result of the difference in spending power between the troops of the two nations. Although the tune is well known in Scotland under the title of Musselborough Fair, the song is said to be the work of a group of English soldiers serving in a regiment of The Black Watch. By 1945 the song had become a signal for a free fight and it was consequently outlawed in all pubs patronised by troops. On V.E. night, a riot was narrowly averted in Leeds, Yorkshire, when troops numbering more than a thousand defied the authorities by singing it in the civic centre.

SEVEN YEARS IN THE SAND
Originally the anthem of the-Middle East air force regiment, this lugubrious ditty is now claimed as the song of every unit which saw service in the Middle East during World War II. The only song which exceeds it in popularity among desert troops is the ribald Ballad of King Farouk, a song of rich bawdiness and impossible advice.

HAND ME DOWN ME PETTICOAT
This lighthearted tale of a girl betrayed and abandoned by her soldier lover was brought to the British Army, via the Liverpool regiments, by Irish mercenaries. It is now thoroughly naturalised and a barrack-room favourite everywhere though its full flavour is only felt when a Dubliner or Liverpool-Irisher sings it. I learned it from Dominic Behan of Dublin.

THE TROOPER CUT DOWN IN HIS PRIME
This ballad is probably the oldest of British barrack-room favourites. It exists in many variants, and is a standard song among all 'sweats'. Veterans of World War I claim that the song originated in the first expeditionary force in France, but, of course, it is very much older, tracing back to the eighteenth century street ballad, The Unfortunate Rake. I recently heard a ninety year old actor, Norman Patridge, sing a version which he said was current with troops in the Boer War, and which varied hardly at all from the version included in this album, which was learned from Harry Cox, traditional singer from Norfolk.

BLESS 'EM ALL
This is the anthem of all British fighting men. It exists in scores of variants and has lost none of its popularity since World War I.