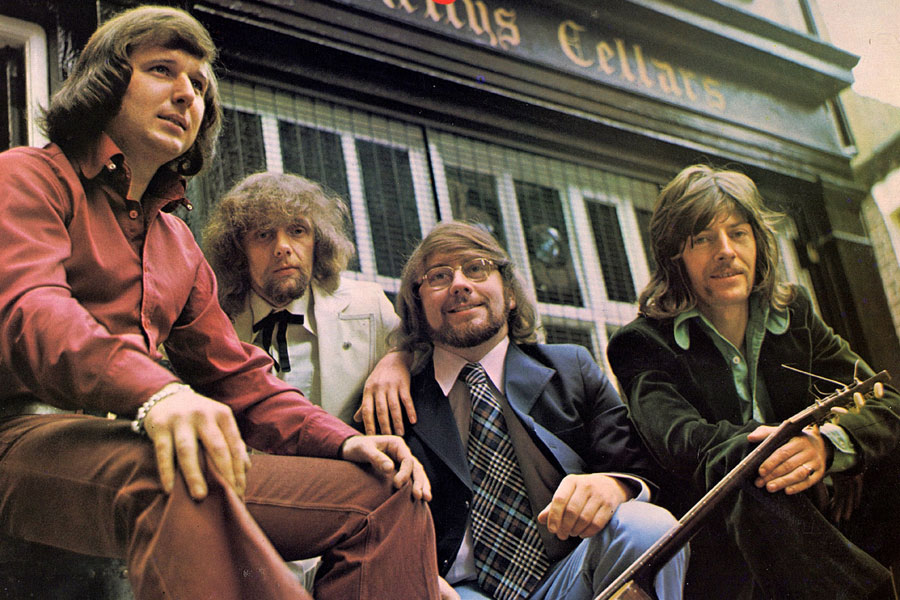 The Wolfhound was formed in 1970, in Belfast, by Ray McAreavey, Gogie McCullough and Danny Burns. Ray and Gogie had been with the famous McPeake family, and Danny was playing Jazz with the Billy Hopkins band. Early on, Billy Tierney and Malcom Rodgers were members of the group; Billy left the group and was replaced by Kieran Manning. Malcom left the group around 1973. Billy and Malcolm were only on the "Freedom Sons" album and Billy is on the "Crumlin Kangaroos (Over The Wall)" single—he's the one that mimics Paisley.

The lineup of Ray, Gogie, Kieran and Danny is considered the essential line up. From their first rehearsal in Ray's house, on the Falls Road, they really hit it off and decided to give it a go. According to Danny, "The Troubles were in full swing and all being from Republican families, we said we were going to play our part through our music or anything else." The band was hired for their first gig by Sinn Fein and played in a club called "an Cumman Beag" on the Falls road beside Milltown Cemetery , where Bobby Sands is buried. From that moment on the Wolfhound became the Republican movement's Group. In the first year or so, the band was playing everywhere to get out the message.

In 1971 the Wolfhound was smuggled into Long Kesh as a group from the Catholic Church, complete with assumed names. They played in Cage 4 and, as Danny puts it "you should have seen the P.O.Ws faces when they realized who the 'church group' was. The Brits who were guarding the cage ran outside as soon as we got into the tunes and a riot ensued and shots were fired." 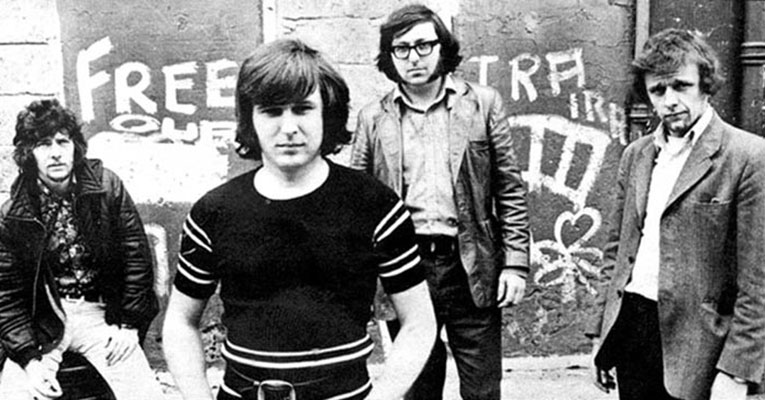 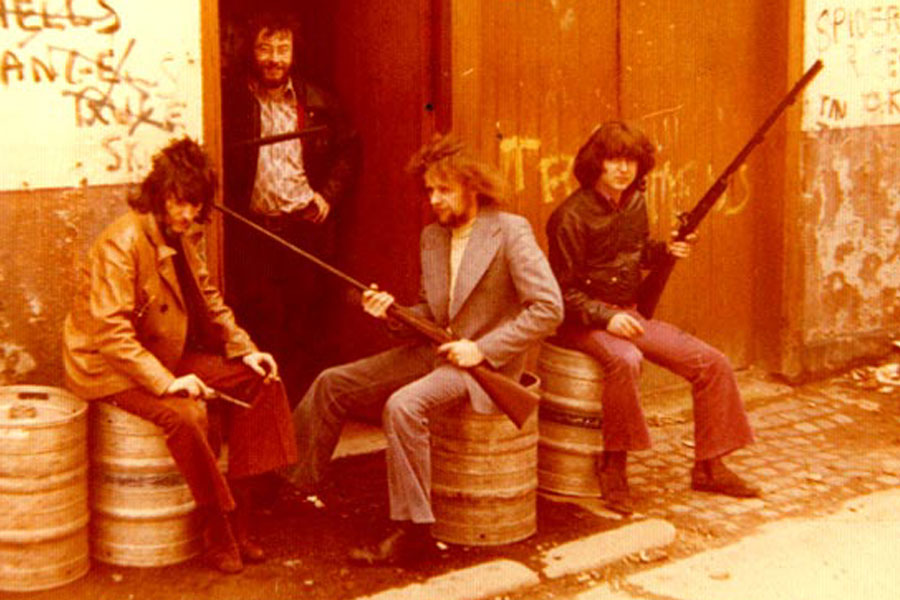 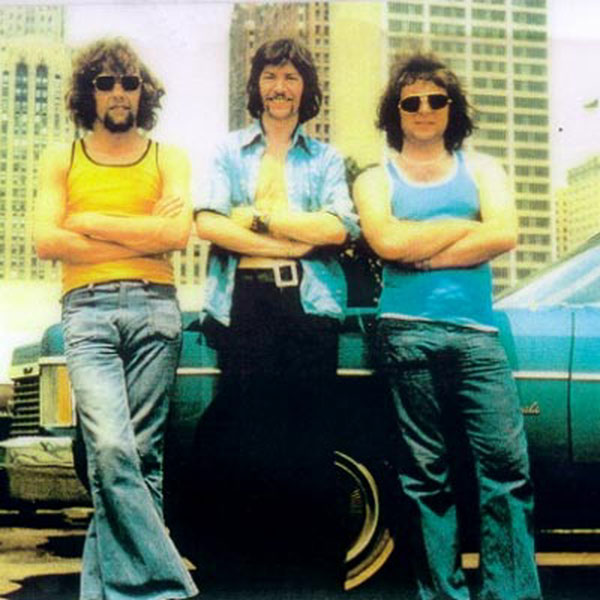 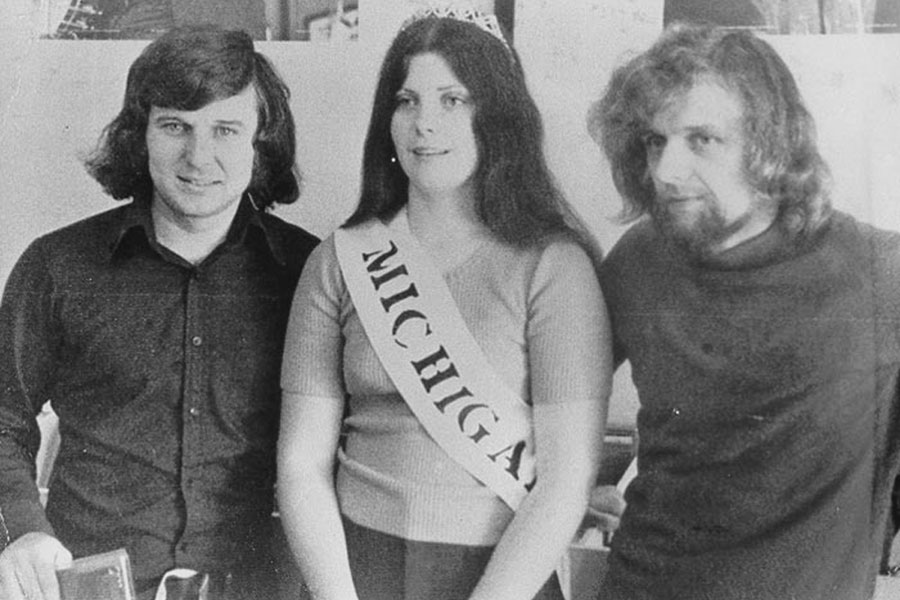 The week after the Long Kesh incident, Paddy McGuigan gave the band his brilliant "Boys of the Old Brigade" to record, which was their first single record.  Shortly after that The Crumlin Kangaroos escaped from Crumlin Road jail. Danny wrote "Over the Wall" the same day, and it went into the Irish charts the following week.  At this point, Outlet Records approached the group to make an album, and out of that came their LP, "Freedoms Sons." The group was now in demand all over the place, and made a trip to America to spread the message.

None of the band remembers too much about their visit to the US except that they received the keys to Detroit from Mayor Coleman Young. The sequence of events now becomes a bit hazy for Danny—but here goes—the Wolfhound had major hits with: "The Provos Lullaby," "My Little Armalite," (1000 copies of this were purchased by The Armalite Company for all its salesmen!)  " Micheal Gaughan (Take Me Home to Mayo)," and "Ireland United Gaelic and Free." Around 1973, the U.V.F. shot the owner of the record company due to his recording their tunes.

They then set up Derry records exclusively for the Wolfhound—nobody knew who the directors were. "We had to pack it in in 1976," according to Danny, "due to serious threats to our well being, if you know what I mean?" The Wolfhound reunited twice in the last five years at the request of the West Belfast Festival and sold out all of its shows—an experience Danny quite enjoyed. Today Gogie is living and playing in Greenland, in Nuuk—the capital city—to be exact, with his wife Christine, Ray is still in Belfast, and Kieran is playing in England. Danny moved to Canada and formed a very popular ballad group in Vancouver. Sadly, Danny passed away, very suddenly, on May 7, 2002. They all kept in touch and remained friends.