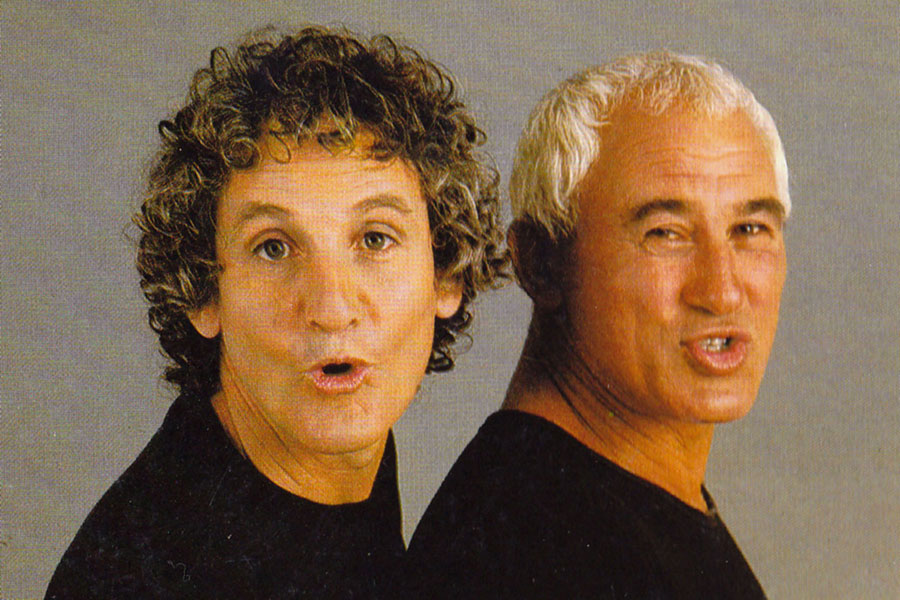 The pair of Dudaim, Israel Gurion and Benny Amdursky were seen by the public as close to a pair of guitars, with a smile and wonderful voices. The CD that is presented to you is different from all the other Dudaim albums thanks to the touch of Matti Caspi, the arranger and the producer.

The accompanying orchestra took the place of guitars and the result is different, interesting and wonderful. This CD is an example of a great production in which the arranger, Matti Caspi outlined a different kind of tone, slightly different from the folk songs that the pair was used to at the time. Its uniqueness lies in its diversity.

On the CD you will find songs composed by Israel Gurion himself on the side of Matti Caspi's melodies, which did not go very far to write melodies for other singers and all these, along with poems by Jacques Brel and others.

This production was and remains unique and different from most of the productions we knew from the Dudaim couple and we are proud to return it to the audience on a restored CD.

Unfortunately, we could not get the name of the original recording technician, and the name of the musicians, who share the success of the World in Black and White no less than the production team, and we thank them and hope that they are forgiven. The series of nostalgia of the Israpon CDs is dedicated entirely to Naftali Alsheikh, who in all his years spent most of his time recording the productions of which this CD is one of them. All the songs on this CD were carefully restored and edited, some of the songs we copied from old (and sometimes a little squeaky) records left little scars of "points of grace" here and there. We preferred the original source and the original fragrance of the production to "over-indulgence" even if a slight tinge of hoarseness was added here and there. The songs, the music, and the production ... were always authentic as originally recorded.

Much of the above text was translated from Hebrew via "Google Translate",