The Old Triangle   •   Three Sheets to the Wind 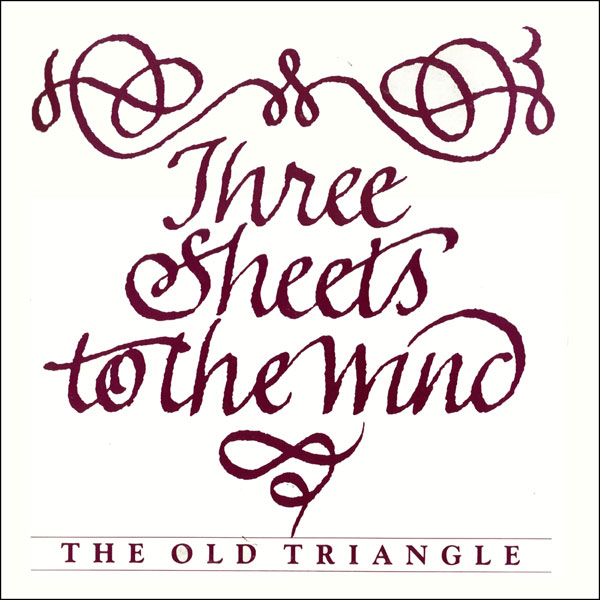 MIKE WALLACE — Mike was born with a love for the music he does so well. He has a velvet voice with frayed edges and a reverent, almost euphoric look as he sings. You'll watch his eyes.

PETER YEATES — Pete has a voice like crushed black marble; the finest gravel polished by an inherent inability to hide his emotions. Watch his eyes.

STEVE MULLIGAN — Steve is Scottish fire that burns through Irish peat. He knows whereof he sings and delivers it just that way. Don't watch his eyes.

THE OLD TRIANGLE was formed of two groups. Steve and Pete were known as the Clyde Llffey Folk and Mike was with Gerry Goodwin in a group called the Irish Brigade. Gerry felt the call of Ireland and went home, and the mutual respect of the two groups drew Mike, Steve and Pete into a musical geometric alliance... THE OLD TRIANGLE.

Liner notes are difficult to write, mostly because of the fear of obvious exaggeration. I've been an entertainer for twenty years, and I'm critical of groups that are described to me as good or great. But here goes...THE OLD TRIANGLE is energy and warmth; energy and comedy; energy and musicianship; energy and powerful harmonies. And one more thing…did I mention energy? See for yourself and tell me if I exaggerated.