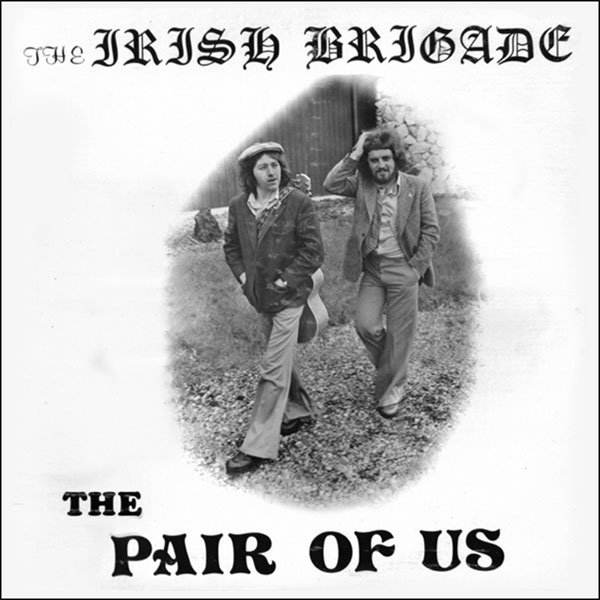 The Irish Brigade is a fine name for a fine group made up of Gerry Goodwin and Mike Wallace, both from the County of Limerick.

When visiting Ireland, after landing in Shannon, the first city to be visited is Limerick. After seeing this fine 800 year old city you will realize why these two young boys have such warm feelings for the Irish music you'll hear on this record.

Mike plays the guitar backed by Gerry on the bass. On cuts such as the "Kilfenora Jig," Gerry's nimble fingers do a fine job on the mandolin while well supported by Mike on the guitar. We must not forget the vocals. They do so well with "Carrigfergus" and "James Connelly"; just to mention a few of the cuts.

Having been in the United States for 3 years now, they have created a big demand for their services from the Atlantic shores west throughout all of the mid-western states. Their rendition of "Boys of the Old Brigade" rings in the ears of their fans long after they have moved from one city to another.

This the Irish Brigade; the music that will transport you from the bright, lights of America to the green fields of Ireland and the hospitality that has always been Ireland's heritage.

I'm sure, like many of us, you'll be hoping for another record and yet another…