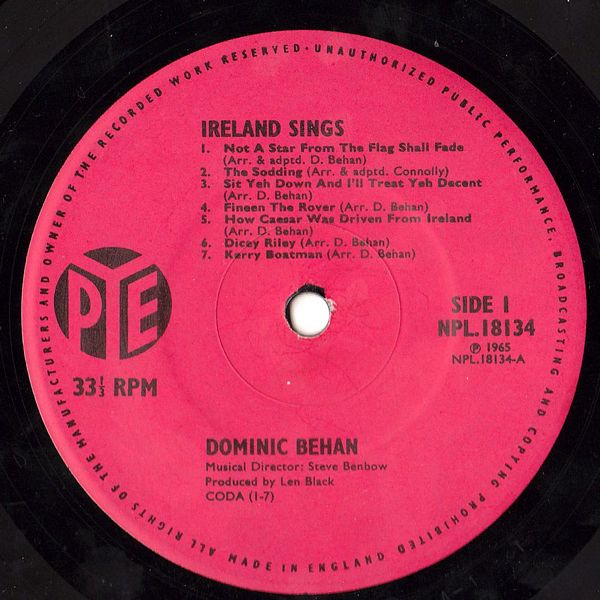 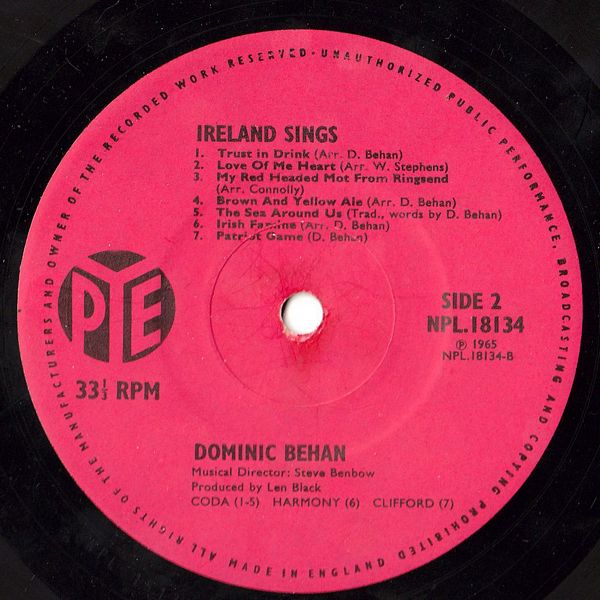 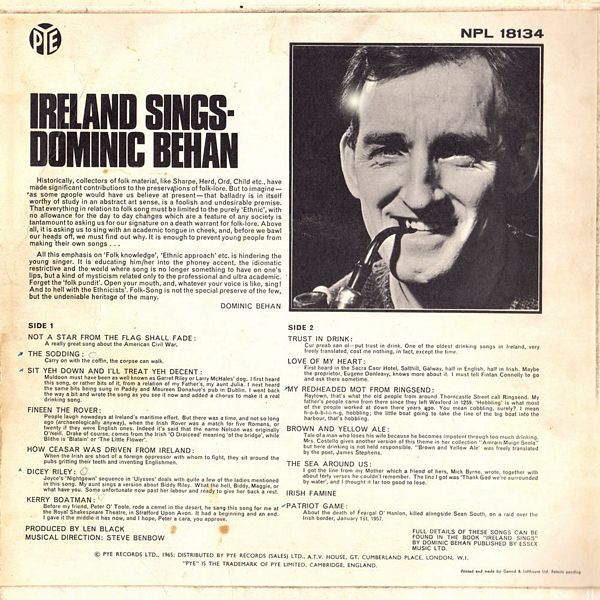 Historically, collectors of folk material, like Sharpe, Herd, Ord, Child etc., have made significant contributions to the preservations of folk-lore. But to imagine — as some people would have us believe at present — that balladry is in itself worthy of study in an abstract art sense, is a foolish and undesirable premise. That everything in relation to folk song must be limited to the purely 'Ethnic', with no allowance for the day to day changes which are a feature of any society is tantamount to asking us for our signature on a death warrant for folk-lore. Above all, it is asking us to sing with an academic tongue in cheek, and, before we bawl our heads off, we must find out why. It is enough to prevent young people from making their own songs …

All this emphasis on 'Folk knowledge', 'Ethnic approach' etc. is hindering the young singer. It is educating him/her into the phoney accent, the idiomatic restrictive and the world where song is no longer something to have on one's lips, but a kind of mysticism related only to the professional and ultra academic. Forget the 'folk pundit'. Open your mouth, and, whatever your voice is like, sing! And to hell with the Ethnicists'. Folk-Song is not the special preserve of the few, but the undeniable heritage of the many.

NOT A STAR FROM THE FLAG SHALL FADE: A really great song about the American Civil War.

THE SODDING: Carry on with the coffin, the corpse can walk.

SIT YEH DOWN AND I'LL TREAT YEH DECENT: Muldoon must have been as well known as Garret Riley or Larry McHales' dog. I first heard this song, or rather bits of it, from a relation of my Father's, my aunt Julia. I next heard the same bits being sung in Paddy and Maureen Donahue's pub in Dublin. I went back the way a bit and wrote the song as you see it now and added a chorus to make it a real drinking song.

FINEEN THE ROVER: People laugh nowadays at Ireland's maritime effort. But there was a time, and not so long ago (archaeologically anyway), when the Irish Rover was a match for five Romans, or twenty if they were English ones. Indeed it's said that the name Nelson was originally O'Neill. Drake of course, comes from the Irish 'O Droicead' meaning of the bridge', while Blithe is 'Blatain' or 'The Little Flower'.

HOW CEASAR WAS DRIVEN FROM IRELAND: When the Irish are short of a foreign oppressor with whom to fight, they sit around the pubs gritting their teeth and inventing Englishmen.

DICEY RILEY: Joyce's 'Nightgown' sequence in 'Ulysses' deals with quite a few of the ladies mentioned in this song. My aunt sings a version about Biddy Riley. What the hell, Biddy, Maggie, or what have you. Some unfortunate now past her labour and ready to give her back a rest.

KERRY BOATMAN: Before my friend, Peter O' Toole, rode a camel in the desert, he sang this song for me at the Royal Shakespeare Theatre, in Stratford Upon Avon. It had a beginning and an end. I gave it the middle it has now, and I hope, Peter a cara, you approve.

TRUST IN DRINK: Cur preab san ol = put trust in drink. One of the oldest drinking songs in Ireland, very freely translated, cost me nothing, in fact, except the time.

LOVE OF MY HEART: First heard in the Sacra Caor Hotel, Salthill, Galway, half in English, half in Irish. Maybe the proprietor, Eugene Donleavy, knows more about it. I must tell Fintan Connolly to go and ask there sometime.

MY REDHEADED MOT FROM RINGSEND: Raytown, that's what the old people from around Thorncastle Street call Ringsend. My father's people came from there since they left Wexford in 1259. 'Hobbling' is what most of the people worked at down there years ago. You mean cobbling, surely? I mean h-o-b-b-l-i-n-g, hobbling; the little boat going to take the line of the big boat into the harbour, that's hobbling.

BROWN AND YELLOW ALE: Tale of a man who loses his wife because he becomes impotent through too much drinking. Mrs. Costello gives another version of this theme in her collection "Amrain Muige Seola" but here drinking is not held responsible. "Brown and Yellow Ale' was freely translated by the poet, James Stephens.

THE SEA AROUND US: I got the line from my Mother which a friend of hers, Mick Byrne, wrote, together with about forty verses he couldn't remember. The line I got was 'Thank God we're surrounded by water', and I thought it far too good to lose.

'PATRIOT GAME: About the death of Feargal O' Hanlon, killed alongside Sean South, on a raid over the Irish border, January 1st, 1957.