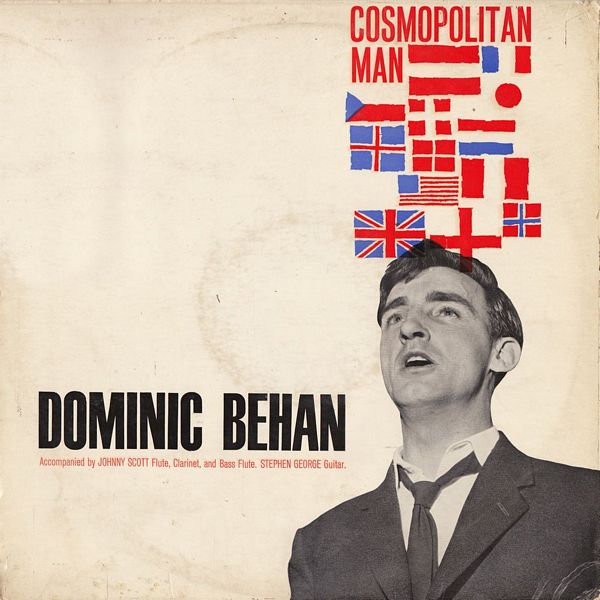 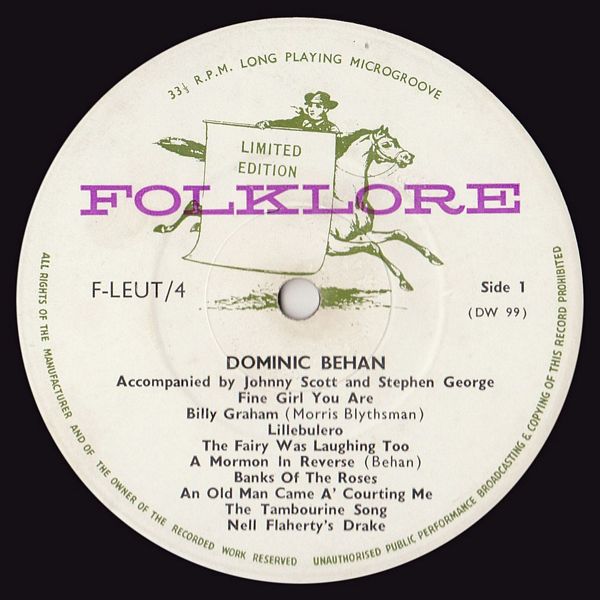 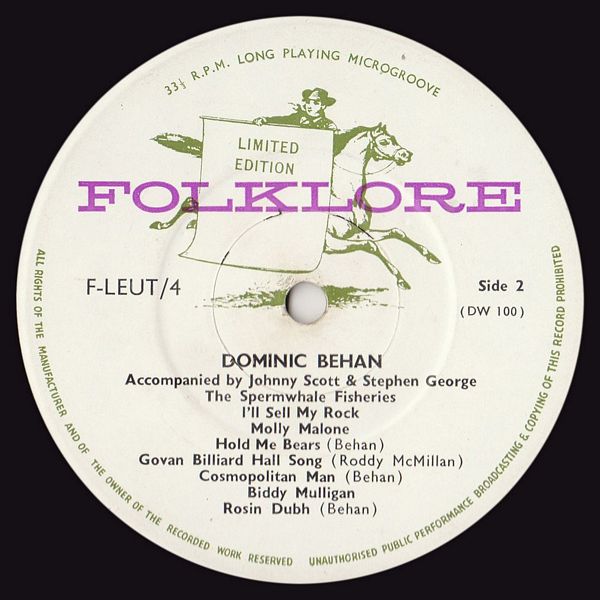 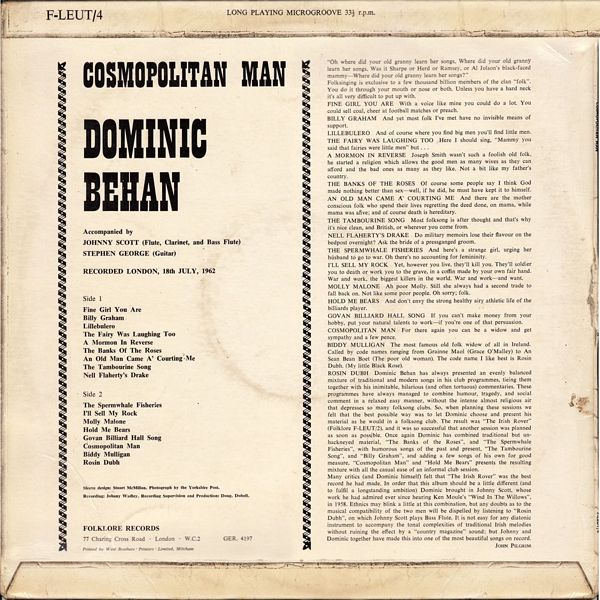 Folksinging is exclusive to a few thousand billion members of the clan "folk". You do it through your mouth or nose or both. Unless you have a hard neck it's all very difficult to put up with.

FINE GIRL YOU — ARE With a voice like mine you could do a lot. You could sell coal, cheer at football matches or preach.

BILLY GRAHAM — And yet most folk I've met have no invisible means of support.

LILLEBULERO — And of course where you find big men you'll find little men.

THE FAIRY WAS LAUGHING TOO — Here I should sing, "Mammy you said that fairies were little men" but …

A MORMON IN REVERSE — Joseph Smith wasn't such a foolish old folk, he started a religion which allows the good men as many wives as they can afford and the bad ones as many as they like. Not a bit like my father's country.

THE BANKS OF THE ROSES — Of course some people say I think God made nothing better than sex — well, if he did, he must have kept it to himself.

AN OLD MAN CAME A' COURTING ME — And there are the mother conscious folk who spend their lives regretting the deed done, on mama, while mama was alive; and of course death is hereditary.

THE TAMBOURINE SONG — Most folksong is after thought and that's why it's nice clean, and British, or wherever you come from.

NELL FLAHERTY'S DRAKE — Do military memoirs lose their flavour on the bedpost overnight? Ask the bride of a pressganged groom.

THE SPERMWHALE FISHERIES — And here's a strange girl, urging her husband to go to war. Oh there's no accounting for femininity.

I'LL SELL MY ROCK — Yet, however you live, they'll kill you. They'll soldier you to death or work you to the grave, in a coffin made by your own fair hand. War and work, the biggest killers in the world. War and work — and want.

MOLLY MALONE — Ah poor Molly. Still she always had a second trade to fall back on. Not like some poor people. Oh sorry; folk.

HOLD ME BEARS — And don't envy the strong healthy airy athletic life of the billiards player.

GOVAN BILLIARD HALL SONG — If you can't make money from your hobby, put your natural talents to work — if you're one of that persuasion.

COSMOPOLITAN MAN — For there again you can be a widow and get sympathy and a few pence.

BIDDY MULLIGAN — The most famous old folk widow of all in Ireland. Called by code names ranging from Grainne Maol (Grace O'Malley) to An Sean Bean Boet (The poor old woman).

ROSIN DUBH — The code name I like best is Rosin Dubh. (My little Black Rose).

Dominic Behan has always presented an evenly balanced mixture of traditional and modern songs in his club programmes, tieing them together with his inimitable, hilarious (and often tortuous) commentaries. These programmes have always managed to combine humour, tragedy, and social comment in a relaxed easy manner, without the intense almost religious air that depresses so many folksong clubs. So, when planning these sessions we felt that the best possible way was to let Dominic choose and present his material as he would in a folksong club. The result was "The Irish Rover" (Folklore F-LEUT/2). and it was so successful that another session was planned as soon as possible. Once again Dominic has combined traditional but unhackneyed material. "The Banks of the Roses", and "The Spermwhale Fisheries", with humorous songs of the past and present, "The Tambourine Song", and "Billy Graham", and adding a few songs of his own for good measure.

"Cosmopolitan Man" and "Hold Me Bears" presents the resulting mixture with all the casual ease of an informal club session. Many critics (and Dominic himself) felt that "The Irish Rover" was the best record he had made. In order that this album should be a little different (and to fulfil a longstanding ambition) Dominic brought in Johnny Scott, whose work he had admired ever since hearing Ken Moule's "Wind In The Willows", in 1958. Ethnics may blink a little at this combination, but any doubts as to the musical compatibility of the two men will be dispelled by listening to "Rosin Dubh", on which Johnny Scott plays Bass Flute. It is not easy for any diatonic instrument to accompany the tonal complexities of traditional Irish melodies without ruining the effect by a "country magazine" sound: but Johnny and Dominic together have made this into one of the most beautiful songs on record.