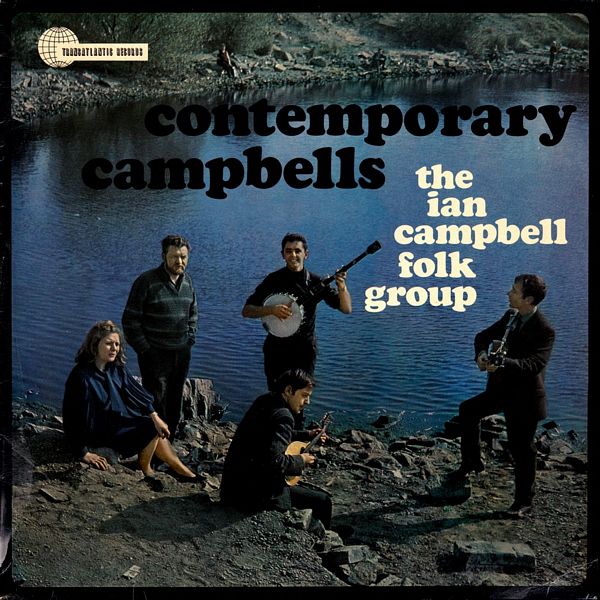 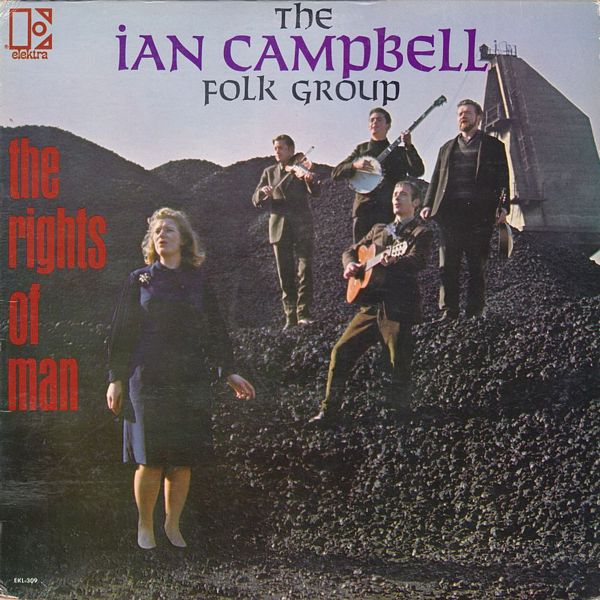 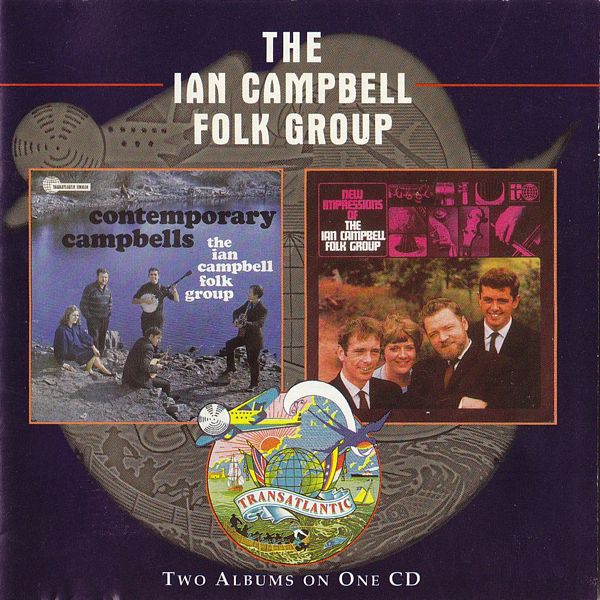 MARILYN MONROE (Dave, mandolin; Brian. guitar; John. autoharp; Lorna, vocal)
I once watched a television documentary on Marilyn Monroe which showed her becoming unhinged under the pressures of the publicity machine which ordered her existence. This song took on a new depth for me then, and I decided we should learn it. Sydney Carter wrote the words, and Rory McEwen put the tune to it.

DIRTY OLD TOWN (John, guitar; Dave, mandolin; Brian, vocal)
A difficult song to perform well, because the tune has a quality which tends to make it sound like the background music for an old Western. Having overcome this one finds a memorable song, full of the loneliness of the big city. I suppose one ought not be surprised to find it is written by Ewan MacColl.

THIRTY FOOT TRAILER (Dave, fiddle; John, banjo; Brian, guitar; Ian. vocal)
The influence of the British tradition is much more obvious in this other MacColl creation. It was written for The Travellers', one of the great series of radio ballad documentary programmes recorded for the BBC by MacColl, Peggy Seeger and Charles Parker.

MY DONAL (Dave, viola; Lorna, vocal)
We first heard this sung by Glasgow singer, Ray Fisher, who told us that it was written by her friend Owen Hand, from Edinburgh. At that time he was comparatively unknown, but since then, he has become a popular figure in British folk clubs, because he sings just as well as he writes.

BATTLE OF THE SOMME (Dave, fiddle; Brian, guitar; John, banjo)
Dave learnt this noble tune from his friend and teacher. Beryl Marriott, who, before emigrating to Canada, worked hard for many years, keeping traditional dance music alive in the Midlands of England. Dave says it was composed by the late Pipe Major Robertson of the Gordon Highlanders, an almost legendary figure in the world of piping, who created many other striking melodies. Some of them have had words put to them by Hamish Henderson.

HARD LIFE ON THE CUT (Dave, fiddle; Lorna, vocal; John, banjo)
I wrote this for a Charles Parker documentary radio programme about canal life called 'Cry from the Cut'. In our songbook, (Heathside Music, 120 Marylebone Lane, W.1. — 7/6d), we illustrated this song with an actual photograph of a commercial longboat being pulled along a canal by a barge wife, while her husband handled the tiller.

NET HAULING SONG (Dave, fiddle; John, banjo; Brian, guitar; Ian, vocal)
The first time I ever sang on radio, was in the Parker and MacColl award-winning programme, 'Singin' the Fishing'. A unique group of leading jazz and folk musicians had been gathered together, and I vividly remember the exhilaration of the rehearsals when I first sang to the accompaniment provided by this great combination. It was perhaps the urge to recreate this exhilaration that encouraged me to form the Ian Campbell Folk Group. 'Net Hauling' was the song I sang on that first occasion.

DEATH COME EASY (Dave, mandolin; John, banjo; Brian, guitar; Ian, vocal)
Harvey Andrews, who wrote this song and many others, first sang them at our club in Birmingham, The Jug o' Punch. He soon became a local celebrity, and is now becoming well known nationally through his concert performances and recordings. His songs are not much influenced by the folk tradition, but they present a very personal picture of life seen through the eyes of an urban Midlander.

RIGHTS OF MAN (Dave, fiddle: John, banjo; Brian, guitar)
Although this is a traditional tune, it has become identified with the progressive movement in contemporary folk song, in that David Swarbrick has introduced it at many CND and Civil Rights concerts and events.

LIVERPOOL LULLABY (John, banjo; Lorna, vocal)
Stan Kelly escaped from Liverpool some time before the Beatles, and went to Cambridge University to become an expert in computer processing systems. While there he made a big impact on the British folk song revival, running one of the successful early clubs, and popularising his own, and many traditional songs. Though his Liverpool origins show their influence in this song, the traditional lullaby, of which it is a re-write, actually comes from Tyneside.

FOUR POUNDS A DAY (Dave mandolin; John, banjo; Brian, guitar; Ian. vocal)
Another Stan Kelly recreation, this song was written when Stan was working on a building site before going to University It seems to be a reaction against the tendency to romanticise the working man, detected by some in the work of MacColl-inspired contemporary song-writers, and is based on the pathetic folk song about child labour in the leadmines. 'Fourpence a day' Stan s version has been called an 'affront to the dignity of labour', but he says, 'the lads on the site loved it'.

THE DOVE (Lorna. vocal)
This song, based on an American folk song The Cuckoo' is another of Ewan MacColl's creations and has become one of the most popular of those songs associated in recent years with the peace movement.

BLOODY ORKNEY (Ian, Vocal; Dave, fiddle, John, banjo; Brian, guitar)
This set of words was composed by men serving in the RAF during the last war, who had been posted to the Orkneys. Most of them were Londoners, and to the Cockney to whom Glasgow is the last outpost of civilisation, the Orkneys must have seemed the last stop before you fall off the edge.

D DAY DODGERS (Ian, vocal; Dave, mandolin; John, banjo; Brian, guitar)
The tune 'Lilli Marlene' was so popular among the British soldiers during the war, it was hardly surprising that Hamish Henderson used it as a vehicle for this set of words. It is an answer to Lady Astor, who. it is alleged, once referred in a war time speech, to the 8th Army as the 'D Day Dodgers'.

Additional Sleeve Notes from The Rights of Man

Britains Ian Campbell Folk Group, if a quick hearing…is representative, may be the most exciting new folk group in years.

Thats what New York Times folk music critic Robert Shelton wrote when he first encountered the Ian Campbell aggregation — and he may not be too far wrong. There is something undeniably charming about British folk music groups that somehow doesnt carry over into the majority of our own, a certain gentleness and sweetness and just the right light touch that leaves everything tastefully and sensitively defined.

From the opening lilt of Davey Swarbrick's fiddle and the joyful tinkle of John Dunkerley's banjo, we know we are in capable hands, Ian Campbell and sister Lorna are urban singers who have studied the traditional nuance and mastered the graceful and elegant swing of British folk song. The Groups repertoire and musicianship are cut from the finest cloth; tradition and entertainment are the key words, and rarely have the two blended so honestly and pleasantly.

The Ian Campbell Folk Group may very well be the most exciting new folk group in years.