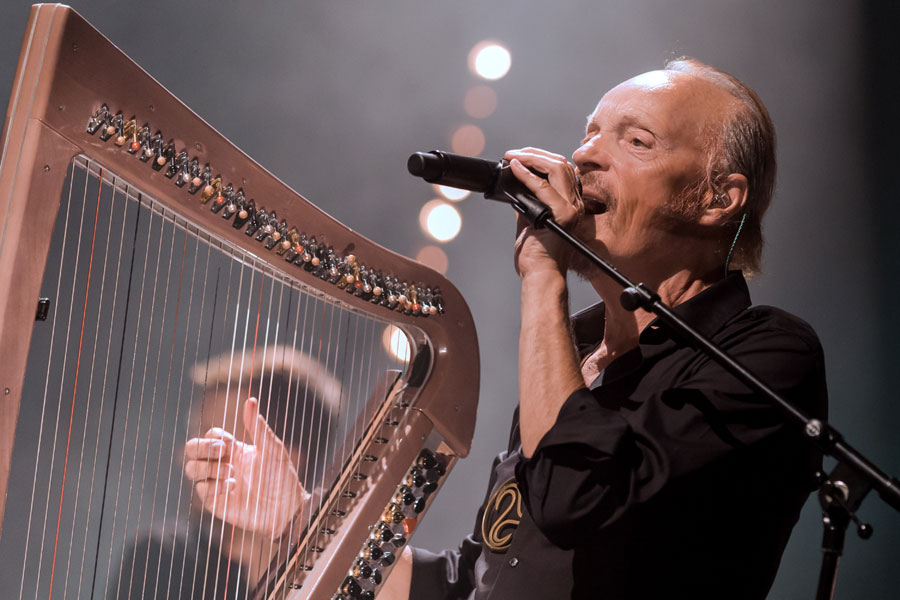 This record is a sequel to Renaissance of the Celtic Harp. This time I decided to focus exclusively on the harp, only harps, in different ways, it's true, including using them for percussion and in various other ways — but still using only the harp, except for the sounds of a stream and some wind. (I can't resist giving in to my dualsided nature sometimes).

Mostly I play a new electro-acoustic harp with metal strings that I designed myself. Michele Sangineto built it for me in Milan in November, 1984, with electronic innovations added by Lionel Gwirineg. Three other harps are also used for occasional enhancement: my father's masterpiece, Jord Cochevelou, the harp which spearheaded the harp renaissance, devised in the thirties, completed in April, 1953; the brand-new electric harp with magnetic pick-ups and crystals I conceived when I heard the Shadows and for which I did the final design over these last few years, completed in September, 1984, by Tantra; and the nylon string electro-harp by Camac.

The new Celtic harps can symbolize the entry into the Age of Aquarius. These harps have its "aquatic" character, that is, its ability to unify, unifying the Celts, mingling cultures worldwide, their styles, their techniques, downplaying and overcoming temporal distances, commingling them in a universal love.