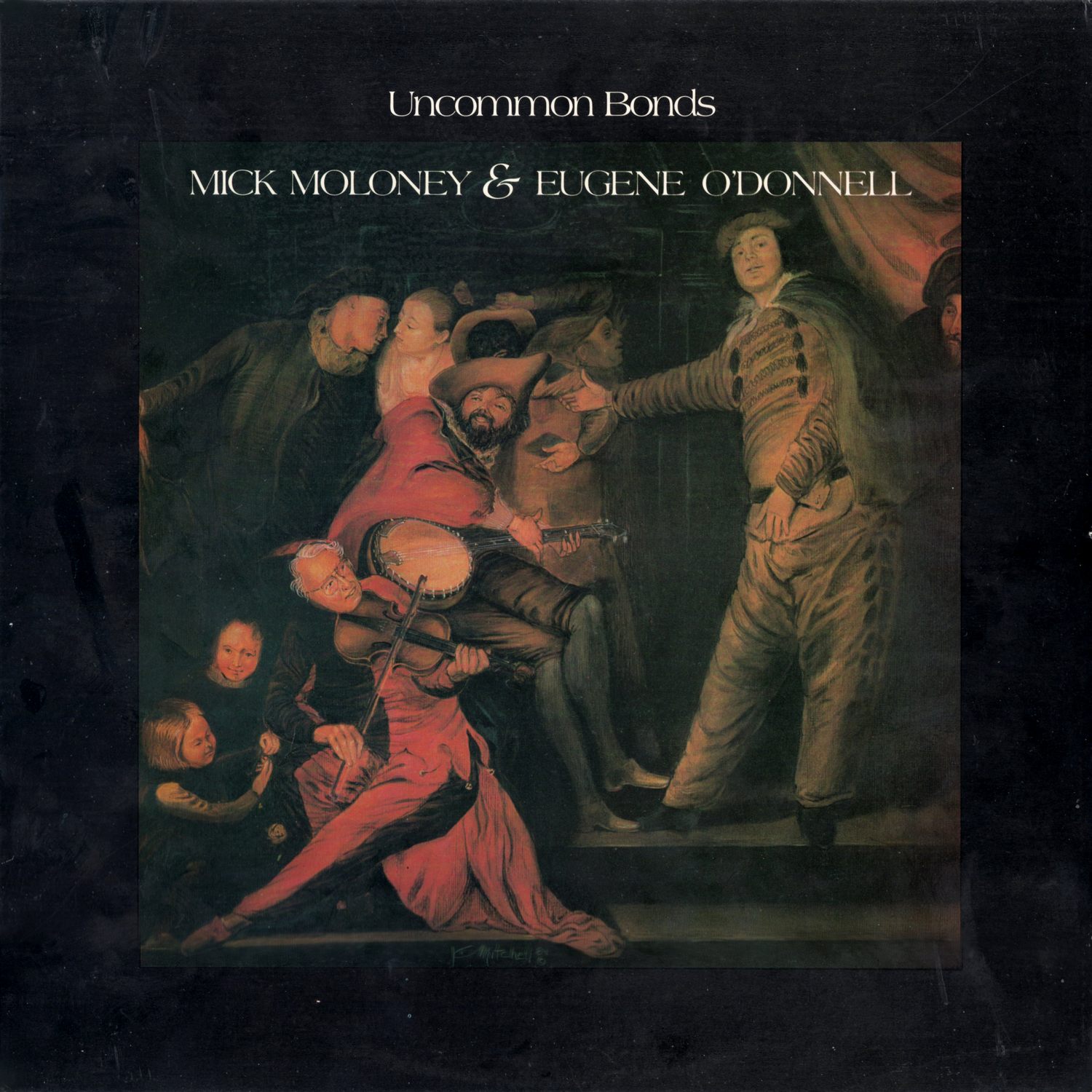 Mick Moloney and Eugene O'Donnell have been performing together since 1974. Eugene, born in Deny City, came to Philadelphia in 1957. Mick, who comes from County Limerick, arrived there in 1973. Since that time they have played all over the U.S. at festivals, clubs, colleges and concerts, becoming familiar figures wherever Irish music is played in The nation.

On this, their second Green Linnet recording together, they are joined by a multi-talented host of characters, whose friendship and musical companionship they have enjoyed over the past decade.

Nancy Blake performs with Norman Blake in The Rising Fawn String Ensemble. She is a string virtuoso, including fiddle, viola, cello and mandolin in the array of instruments she plays so well. Eugene and myself had one of our most enjoyable sojourns in recent years touring in the Blake omnibus in Tennessee and Alabama. Keep changing the air in those tires, folks!

Norman Blake is one of the most brilliant and versatile guitarists in the United States. Already his name is legendary in bluegrass and country music circles, though indeed his eclectic musical tastes and skills have extended far beyond those genres. As is often his wont, he plays a tasteful understated role in his sole musical performance on this record.

Rosalyn Briley born in Dallas, Texas, has been living in Quakertown, Pennsylvania, for 17 years. She has been playing harp for 14 years, and has studied under master harpist Dorothy Knaus. Her interest in Irish traditional music began when she heard the music of the Belfast harper Derek Bell . Rosalyn is currently a full-time musician, who performs mostly in the Philadelphia area.

Tim Britton is a mercurial musician born in Philadelphia who started playing the tin whistle and uilleann pipes at the age of eleven. He quickly developed into one of the top young Irish musicians in America. In recent years he has added the rare craft of uilleann pipe making to his repertoire of skills and now practices that trade in Iowa, his most recent place of residence.

Saul Broudy is Philadelphia's omnipresent folk musician. He has played and sung solo and with a seemingly endless cast of performers locally and nationally since the early 1970s. He plays guitar and harmonica in a variety of styles and possesses about the most eclectic repertoire of songs imaginable.

Liz Carroll was born and raised in Chicago. Her Irish-born parents encouraged her strongly to take up Irish music, first on the accordion, which her father plays, and later on the fiddle, which became her main instrument. She won the All-Ireland Senior Fiddle title at the age of 18 and again a year later. Liz possesses a prodigious repertoire of tunes, which she plays with unmatched exuberance. She is also a gifted teacher with a coterie of talented young students in the Chicago area.

Bobby and Paddy Clancy are members of the famed Clancy Brothers who along with Tommy Makem changed the course of Irish culture with their tremendous popular success in America and Ireland in the 1960s. They helped spark off a chain of events which led to a massive revival of Irish traditional music in Ireland later in the decade. Paddy, who was a member of the original quartet, and Bobby live in Carrick on Suir in County Tipperary. They tour twice a year in the U.S. with brother Tom and nephew Robbie O'Connell.

Seamus Egan is an extraordinarily talented musician who at the age of 14 has already been All-Ireland Champion in flute, mandolin and tenor banjo several times. He was born in Philadelphia and moved with his family back to Ireland in 1973, returning in 1980. He is one of the current prodigies in Irish music with apparently unfathomable potential.

Donny Golden, several times North American Irish Step Dancing Champion lives in Bay Ridge. Brooklyn. Donny is one of the few Irish dancers who hasn't retired at the end of his competitive career. He has performed at scores of festivals and concerts in recent years all over the U.S. and as far afield as Asia and WestAfrica. where he toured under the auspices of the U.S.I.A. In between performances, Donny runs his own Irish dance school in New York.

Dennis Gromley comes from the Philadelphia suburb of Upper Darby, and has been a central figure in The local area bluegrass, Irish and contemporary folk scene since the early 1970s. He sings and plays a variety of instruments, including string and electric bass, mandolin and guitar. He currently lives in Voorhees. New Jersey.

James Keane three times All Ireland Accordion Champion, was born in Dublin and currently lives in Queens, New York. After achieving spectacular success as a musician in his teens. he emigrated to America in 1967 and, apart from a short period in Canada , has lived here ever since. James performs all over the Eastern U.S., and tours nationally on occasion with the Irish traditional music group The Green Fields of America.

Jimmy Keane was born in London and moved to Chicago with his family when two years old. His father, a native Gaelic speaker, is a great traditional sean nos singer who came originally from the Gaeltacht of Connemara. Jimmy took up the piano accordion at the age of eleven , and by the time he was 22 he had won five All-Ireland titles. He plays his music with a skill, flair, and subtlety not normally much in evidence among Irish practitioners of his instrument.

Billy McComiskey was born in Brooklyn New York, into a very musical environment! Two of his uncles were traditional musicians and Billy himself first started on the accordion when six years old. He was particularly influenced by the playing and repertoire of the late Sean McGlynn. Since 1975 he has been a member of the Baltimore/Washington based band The Irish Tradition.

Joe McKenna comes from Dublin City where he studied in his teens with the great Dublin piper and teacher Leo Rowsome. Later he won the All-Ireland Championship on the uilleann pipes on two occasions. His playing style is characterized by tremendous life and flair, yet he is also known for his sensitive accompaniment of songs. He has toured the U.S. many times with his wife Antoinette, a fine singer and harpist.

Robbie O'Connell a nephew of the Clancy Brothers, is one of the most talented Irish singer/songwriters in the contemporary folk scene. His early interest in folk music was kindled by the great music and song he heard at home in County Tipperary in the homes of his uncles. Since coming to the U.S. in 1974, Robbie has played solo and with New York accordion player James Keane. He currently combines a solo career and touring and playing with Mick Moloney and Chicago's Jimmy Keane, and continues to tour twice yearly with the Clancy Brothers.

Mark Simos is a multi-talented musician who plays guitar, fiddle, banjo, mandolin and bouzouki, in a variety of ethnic styles. He was born in Southern California and in his late teens came across Irish music in the Bay area, where he was exposed to the music of the great Galway accordion players, the late Joe Cooley and Kevin Keegan. Since 198O Mark has been living in Philadelphia.

Winne Watson is one of the nation's foremost pedal steel guitar players. He is one of the most sought after session musicians around, having the rare ability to mould his style effortlessly to suit a multiplicity of varieties and styles of music.