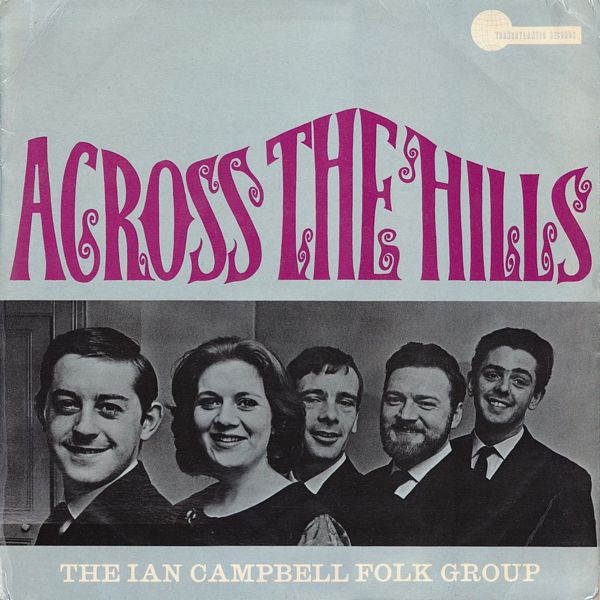 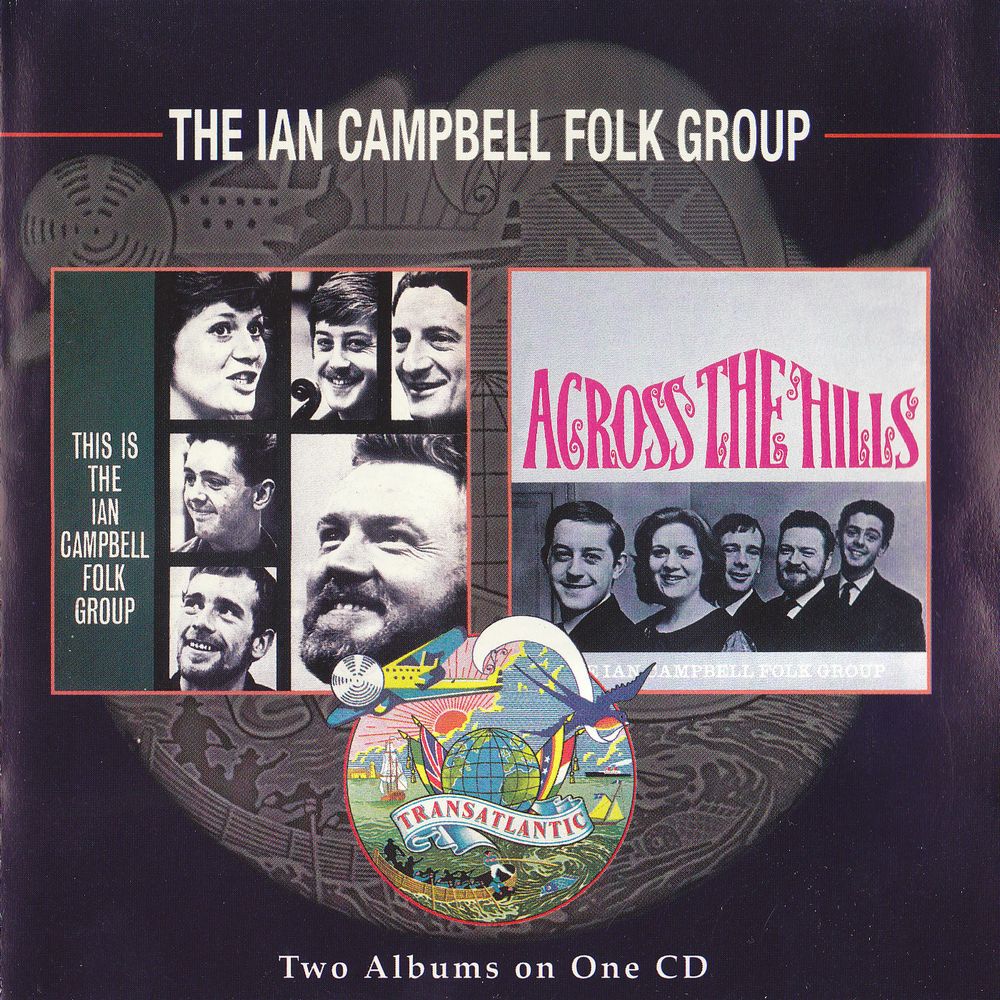 Across the Hills: Ian and Lorna
This song was written by Leon Rosselson, a young revivalist singer and satirist. Leon used to be a member of the Galliards folk group, and was responsible for many of their arrangements. Both words and tune are Leon originals, but the tune was probably derived from the tune normally used for the Scottish ballad, "The Gardener".

Come kiss me love: Lorna and Group
A friend of mine, Harvey Tucker from Leicester, sings a beautiful song, "Peggy Gordon", with a very haunting tune. After hearing it several times I realised that it was in fact based on the traditional tune, "Banks of the Sweet Primroses". When we were asked to record a song for issue as a single, I immediately chose this tune, but found that both sets of words were too long, and neither could be reasonably abbreviated for a single. This present version is a compilation of verses from various traditional Appalachian songs, with some original words for continuity, and with one or two slight amendments to the tune.

The blind man he could see: Ian and Group
This song is common all over the English-speaking world. This particular version is Irish, and was given to us by A. L. Lloyd.

I know my Love: Lorna and Group
We learnt this from the singing of James McPeake, a member of the famous McPeake family of Belfast. He sings it in a much more leisurely fashion than this, with a harp accompaniment, but Irish friends have told us that in the West coast of IreIan d it is sung in a light staccato fashion, and in much stricter time. Close investigation of the tempo will disclose that it is actually in 3/4 time, but in order to prevent it degenerating into an old-fashioned waltz, we have superimposed a 4/4 tempo on the banjo.

Derby Ram: Brian and Group
The Derby Ram is the subject of a great many songs in the English-speaking tradition. The totemism and fertility and purification symbolism in the majority of these songs have been obscured, and the songs have degenerated into the usual "tall-tale". We use the words from a Cecil Sharp manuscript collected at Clewer in 1909, and an American children's tune.

Mary Mild: Lorna
Mary Queen of Scots had four ladies in waiting, all with the same Christian name as herself. Legend has it that one of them had an affair with the Queen's lover, and that she murdered the illegitimate child resulting from the affair in an attempt to escape detection, and was subsequently executed. These facts are not born out by historical investigation, but the folk legend has given rise to many beautiful songs; this particular version comes from Gavin Grieg's collection, "Last Leaves of Aberdeenshire Ballads".

Remember Me: Lorna and Group
This tune will be familiar to many as "John Riley", a rather hackneyed folk song on the broken token theme. We liked the song very much, but were deterred by the bathos of the broken token conception I fitted to the tune this set of words, on a related lost-lover theme, and adapted the tune slightly in order to involve a chorus.

The Cockfight: Ian and Group
The frustrations of the miner's life were reflected in the brutal pastimes with which he exercised himself in his spare time. Nowadays they content themselves with keeping pigeons and racing whippets, but a hundred years ago they went in for dog fighting, clog boxing, rat worrying, and that gentleman's sport, the cockfight. We learnt two tunes for this song from A. L. Lloyd, neither with a chorus; we combined the two, using one for the tune and the other for a chorus.

Gypsy Rover: Lorna and Group
For some reason this song has lent itself widely to popular adaptations. Although this is an Irish song, it has been recorded so many times by American singers, that it is often thought to be an American folk song. This is one song in our repertoire that is known everywhere we go, and we have never yet encountered an audience that didn't join in the chorus.

Cho Cho Losa: Ian and Group
This is a song which we learnt from the great South African Negro singers, the Manhattan brothers. We appeared with them at the I963 Edinburgh Festival, and each group appreciated the music of the other. We taught them some Scottish mouth music, and in return they taught us this African "mouth music", which I understand to be a nonsense song about a train, which could well be used as a work song, by the Negro mine workers in Johannesburg who created it.

The Keeper: Ian and Group
The hunting of the doe in this song originally symbolised sexual pursuit, although this implication is quite lost on the children who now sing this song at school. Cecil Sharp had to bowdlerise this song for inclusion in Novello's "School Songs", even so the symbolism is still quite clear.

Instrumental: Dave, John and Brian
This is one of the hybrid instrumental created by the three instrumentalists at a rehearsal session. All the tunes come from Dave Swarbrick's limitless repertoire. Dave plays mandola and fiddle, John Dunkerley, banjo and Brian Clark, guitar.

The Collier Laddie: Ian
We got this from the singing of Ewen McColl. This haunting ballad shows that industrialisation was already having it's effect on the Scottish tradition as far back as CIS.

We're nae Awa to Bide Awa: Ian and Group
This convivial farewell song comes from the Glasgow music hall tradition, but can be heard in every public house in industrial Scotland. I've been hearing this since childhood, sung at parties and at hogmanay, which is the Scottish New Year celebration, taking precedence over Christmas.