'Engine driving's got to be in your blood for a start. If it's not in your blood to stand the erratic hours you'll never stand the pace. The railway life, to my mind — to the proper railwayman — it always comes first, it's in his blood.'

The old railwayman, it was a tradition, it was part of your life railways went through the back of your spine like Blackpool went through rock.'

'What a feeling you have when you get off the shed; you've got the engine, you've got the control of it, and what a feeling — I'm cock of the bank, there's nobody can take a rise out of me now, she's mine. Come on, me old beauty, and off we go. The moon's out and the countryside — it's lovely. On we go, what a feeling — she answers to every touch. Some more rock on, lad. Yes — it's grand.' 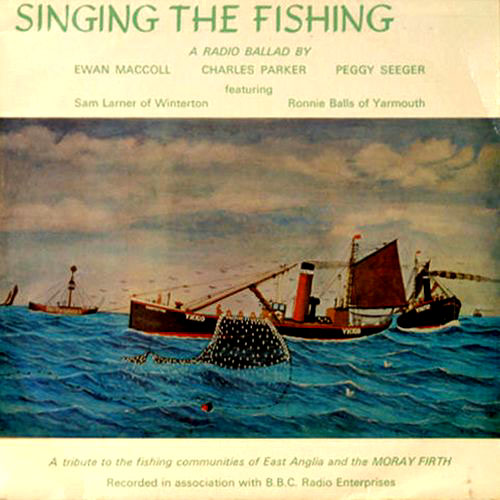 The Big Hewer
A radio ballad about Britain's coal miners …

The Fight Game
A radio ballad about boxers … 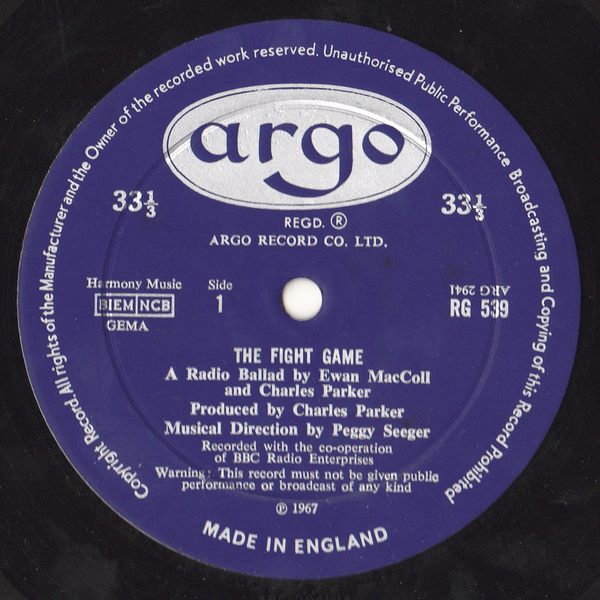 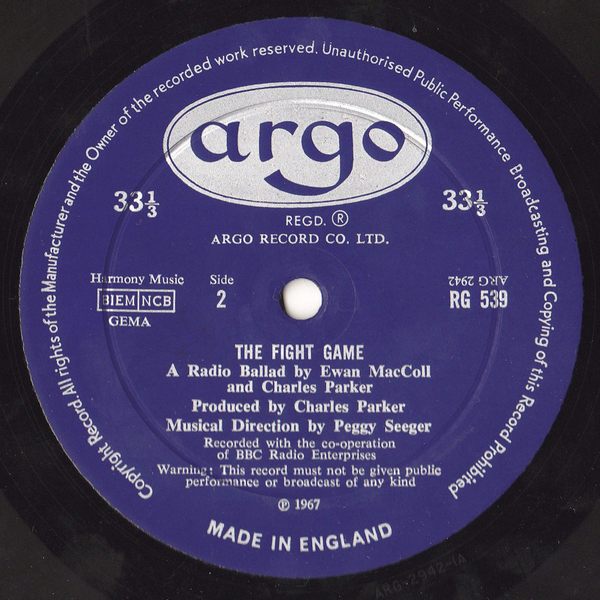 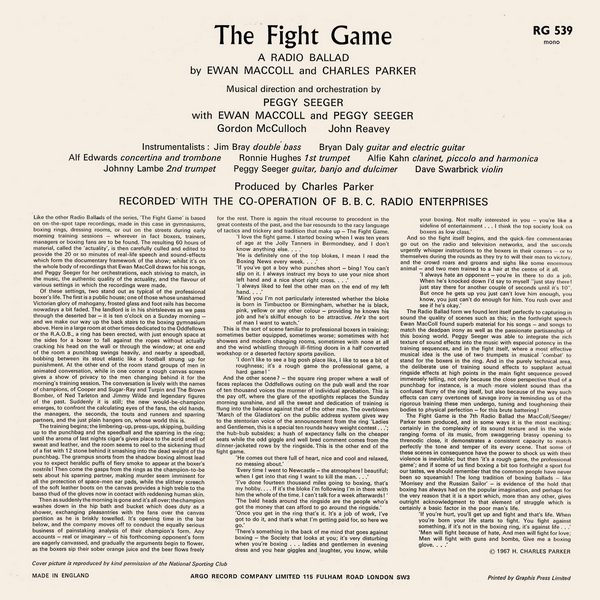 The Travelling People
A radio ballad about Britain's nomadic people … The Body Blow
A radio ballad about the psychology of pain